A trial to bring back the experience of a Residuum concert to a studio recording.

It was meant as the signature tune to the German version of the TV show "The Successor", but was not chosen due to me failing to submit it.

This track was conceived as a fusion of Hanns Eisler melodies and Russian futuristic music. But none of the two elements made it into the final version. In fact it is not even as funny as Karl Valentin's famous aphorism "Even the future used to be better in the past."

Just a demonstration on how advanced the detection mechanism of the human brain are. Hint: Use this track for testing the expensive new equipment of your audiophile friends. Works best with the lowest bitrate available.

Do not try to think too much about it. 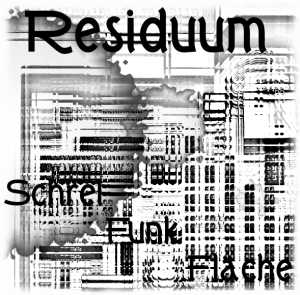 Videos for all tracks are available on the video page.